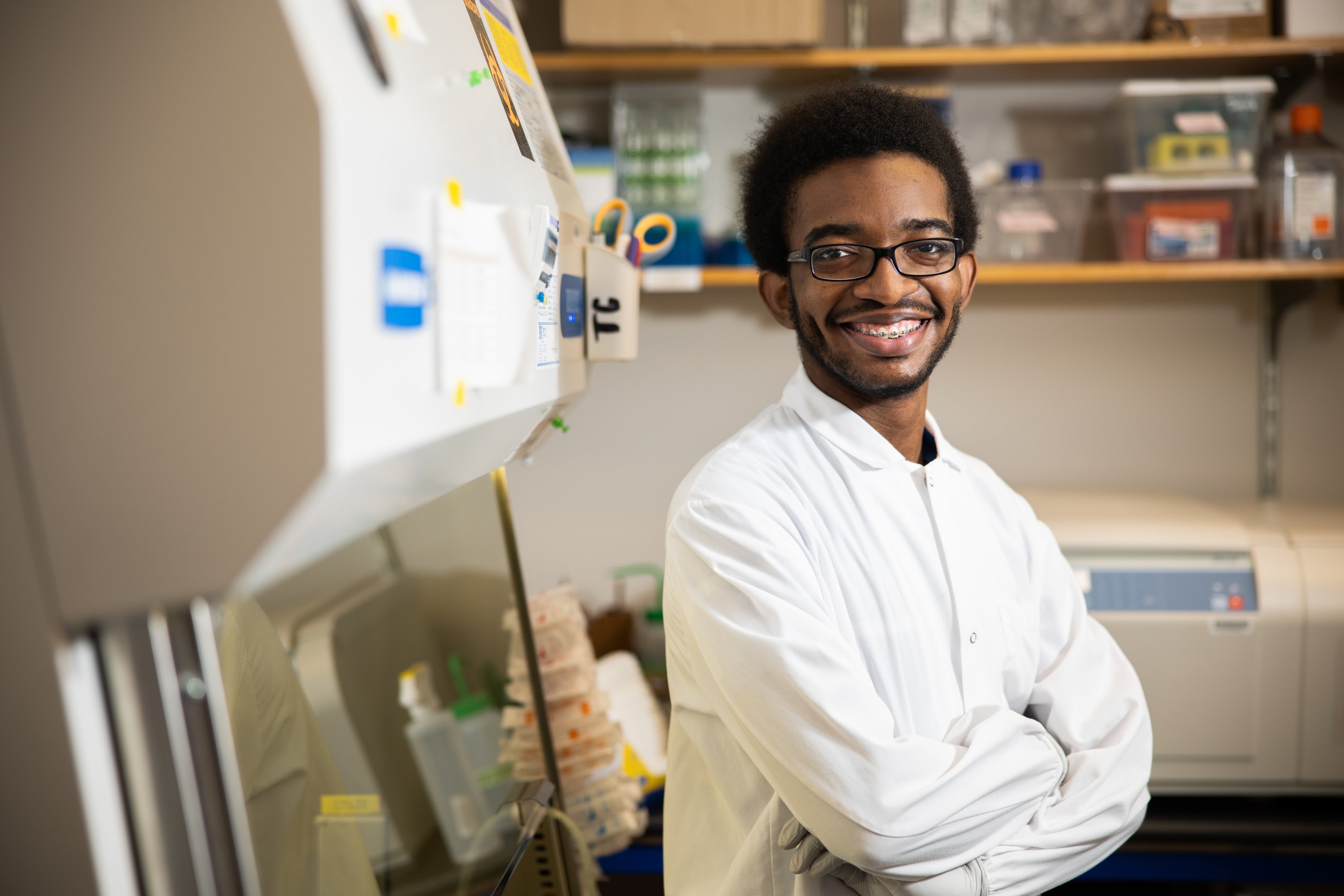 Desmond Edwards was a little kid when first learned about typhoid fever. Fortunately, he didn’t have the disease. He was looking at a cartoon public health announcement. The cartoon, produced by the Pan American Health Organization, was designed to educate people in his home country of Jamaica about the importance of immunizations for diseases like typhoid. The typhoid character in the cartoon was so unpleasant it gave him nightmares.

Edwards did have his fair share of hospital visits throughout his childhood. But, his own struggles with infection and illness, and those typhoid cartoon nightmares, became his inspiration for pursuing a career studying human disease. At age 6, Edwards was running impromptu baking soda experiments in repurposed glitter containers in his kitchen. Today, he is a senior at MIT, majoring in biology and biological engineering, thanks to a team of dedicated mentors and an insatiable curiosity about how the human body works — or, more accurately, how diseases stop it from working.

Finding a way into research

Edwards knew he wanted to do research but says he assumed that that was something you did after you got your degree. Imagine his surprise, then, upon arriving at MIT in 2018 and meeting classmates who not only had done research, but already had publications. Realizing that he could get a jump-start on his career, he sought out research opportunities and enrolled in the biology class 7.102 (Introduction to Molecular Biology Techniques) for his first-year Independent Activities Period. The class was specifically geared toward first-year students like him with no lab experience.

“It was a great first look at how research is done,” Edwards says of the class. Students took water samples from the Charles River and were expected to identify the strains of bacteria found in those samples using various biological techniques. They looked at the bacteria under a microscope. They examined how the samples metabolized different sources of carbon and determined if they could be stained by different dyes. They even got to try out basic genetic sequencing. “We knew where we were starting. And we knew the end goal,” says Edwards. The in-between was up to them.

Class 7.102 is taught by Mandana Sassanfar, a lecturer in biology and the department’s director of diversity and science outreach. For Sassanfar, the class is also an opportunity to find lab placements for students. In Edwards’ case, she literally led him to the lab of Assistant Professor Becky Lamason, walking up with him one evening to meet a postdoc, Jon McGinn, to talk about the lab and opportunities there. After Edwards expressed his interest to Lamason, she responded within 30 minutes. McGinn even followed up to answer any lingering questions.

“I think that was really what pushed it over the edge,” he says of his decision to take a position in the Lamason lab. “I saw that they were interested not only in having me as someone to help them do research, but also interested in my personal development.”

At the edges of cells and disciplines

The Lamason lab researches the life cycle of two different pathogens, trying to understand how the bacteria move between cells. Edwards has focused on Rickettsia parkeri, a tick-borne pathogen that’s responsible for causing spotted fever. This type of Rickettsia is what biologists call an obligate intracellular pathogen, meaning that it resides within cells and can only survive when it’s in a host. “I like to call it a glorified virus,” Edwards jokes.

Edwards gets excited describing the various ways in which R. parkeri can outsmart its infected host. It’s evolved to escape the phagosome of the cell, the small liquid sac that forms from the cell membrane and engulfs organisms like bacteria that pose a threat. Once it gets past the phagosome and enters the cell, it takes over cellular machinery, just like a virus. At this point of the life cycle, a bacterium will typically replicate so many times that the infected cell will burst, and the pathogen will spread widely. R. parkeri, though, can also spread to uninfected cells directly through the membrane where two cells touch. By not causing a cell to burst, the bacterium can spread without alerting the host to its presence.

“From a disease standpoint, that’s extremely interesting,” says Edwards. “If you’re not leaving the cell or being detected, you don’t see antibodies. You don’t see immune cells. It’s very hard to get that standard immune response.”

In his time in the lab, Edwards has worked on various projects related to Rickettsia, including developing genetic tools to study the pathogen and examining the potential genes that might be important in its life cycle. His projects sit at the intersection of biology and biological engineering.

“For me, I kind of live in between those spaces,” Edwards explains. “I am extremely interested in understanding the mechanisms that underlie all of biology. But I don’t only want to understand those systems. I also want to engineer them and apply them in ways that can be beneficial to society.”

Last year, Edwards won the Whitehead Prize from the Department of Biology, recognizing students with “outstanding promise for a career in biological research.” But his extracurricular activities have been driven more by his desire to apply science for tangible social benefits.

“How do you take the science that you’ve done in the lab, in different research contexts, and translate that in a way that the public will actually benefit from it?” he asks.

Science education is particularly important for Edwards, given the educational opportunities he was given to help get to MIT. As a high schooler, Edwards participated in a Caribbean Science Foundation initiative called the Student Programme for Innovation in Science and Engineering. SPISE, as it’s known, is designed to encourage and support Caribbean students interested in careers in STEM fields. The program is modeled on the Minority Introduction to Engineering and Science program (MITES) at MIT. Cardinal Warde, a professor of electrical engineering, is himself from the Caribbean and serves as the faculty director for both MITES and SPISE.

“That experience not only kind of opened my eyes a bit more to what was available, what was in the realm of possibilities, but also provided support to get to MIT,” Edwards says of SPISE. For example, the program helped with college applications and worked with him to secure an internship at a biotech company when he first moved to the United States.

“If education falters, then you don’t replenish the field of science,” Edwards argues. “You don’t get younger generations excited, and the public won’t care.”

Edwards has also taken a leadership role in the MIT Biotechnology Group, a campus-wide student group meant to build connections between the MIT community and thought leaders in industry, business, and academia. For Edwards, the biotech and pharmaceutical industries play a clear role in disease treatment, and he knew he wanted to join the group before he even arrived at MIT. In 2019, he became co-director of the Biotech Group’s Industry Initiative, a program focused on preparing members for industry careers. In 2020, he became undergraduate president, and this year he’s co-president of the entire organization. Edwards speaks proudly of what the Biotech Group has accomplished during his tenure on the executive board, highlighting that they not only have the largest cohort ever this year, but it’s also the first time the group has been majority undergraduate.

Somehow, in between his research and outreach work, Edwards finds time to minor in French, play for the Quidditch team, and serve as co-president on the Course 20 Undergraduate Board, among other activities. It’s a balancing act that Edwards has mastered over his time at MIT because of his genuine excitement and interest in everything that he does.

“I don’t like not understanding things,” he jokes. “That applies to science, but it also extends to people.” 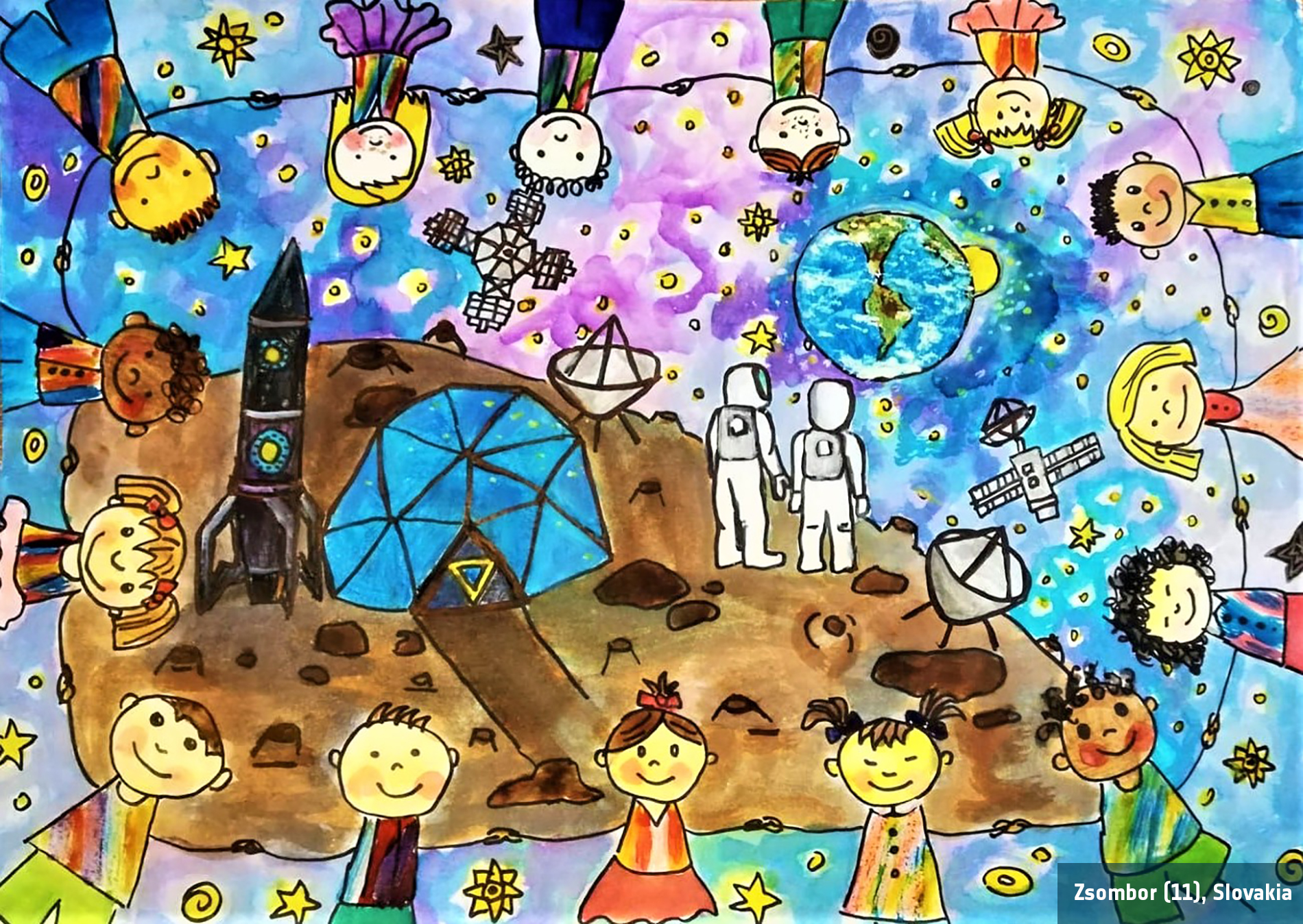 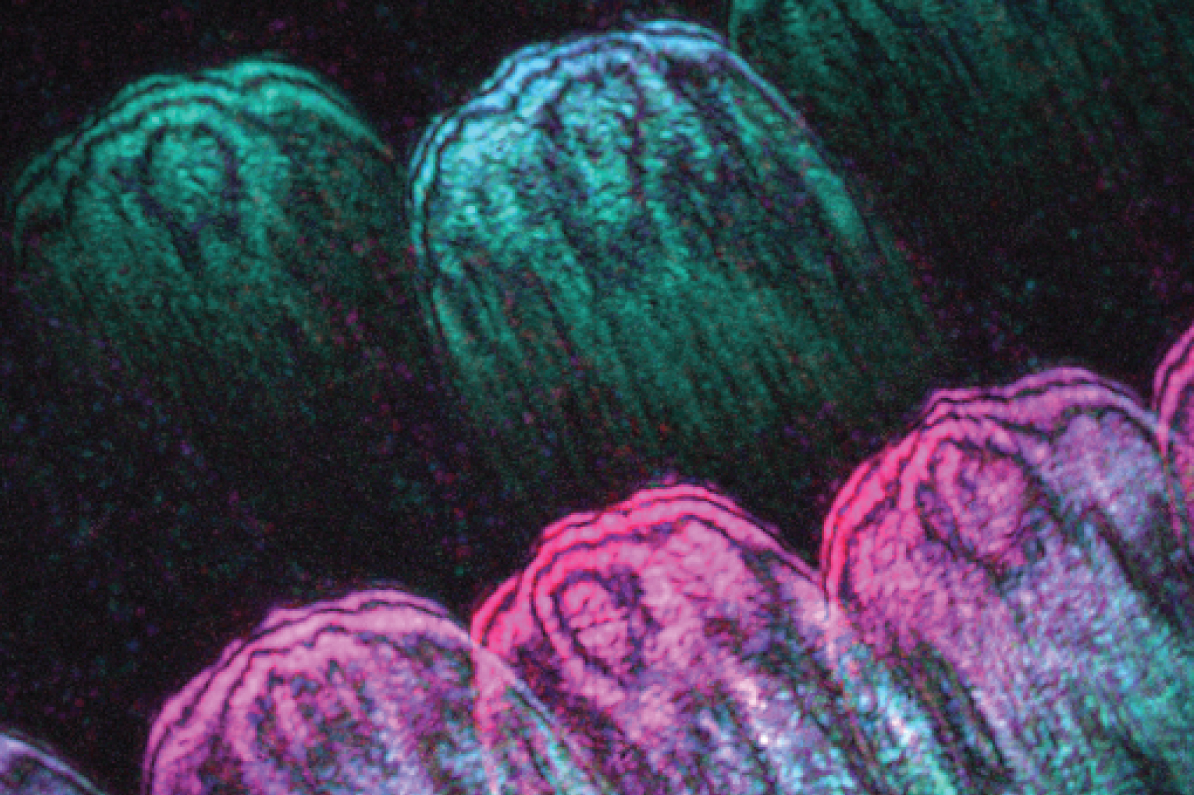