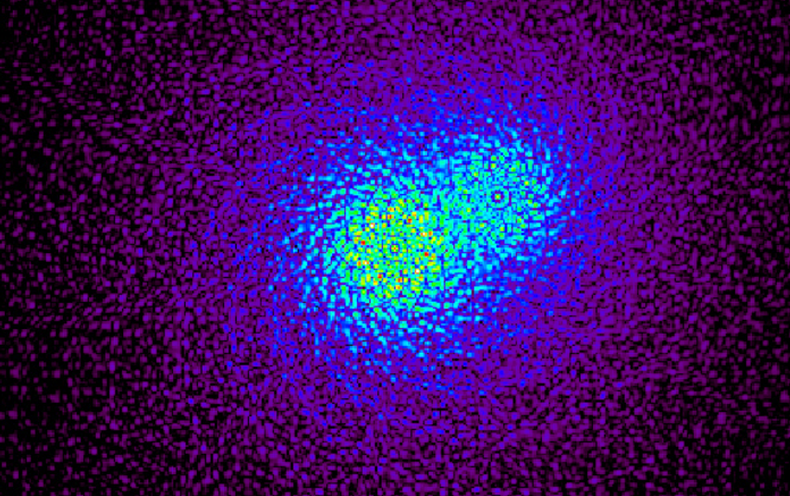 Do any habitable worlds exist in the closest stellar system to our own, Alpha Centauri? For years scientists have struggled to answer this question, unsuccessfully seeking to pierce the overpowering glare of the two sunlike stars, Alpha Centauri A and B, to see signs of orbiting planets (a third member of the system, the red dwarf star Proxima Centauri, is already known to possess at least one companion).

The scientific payoff for unveiling Alpha Centauri’s planetary retinue could be tremendous. At little more than four light-years away, a fraction of a stone’s throw in cosmic distances, these stars are tantalizingly close—right on our celestial doorstep. Any planets there would be prime targets for further study, but Earth-like worlds potentially harboring life would be the grandest of all. Now a group of scientists plans to conduct a search for such worlds like never before, using a privately funded telescope to revolutionize our knowledge of Alpha Centauri. “We have this unique opportunity to reveal if there is a ‘habitable zone’ planet in the system,” says Olivier Guyon from the University of Arizona, part of the telescope’s team. “This is something that has never been done before.”

This relatively low-cost telescope, called Toliman, has secured funding of more than $500,000 from the Australian government to continue development, the team announced on November 16. Led by Peter Tuthill from the University of Sydney, who with his colleagues first devised the Toliman concept several years ago, the telescope has previously received backing from NASA’s Jet Propulsion Laboratory, space engineering firm Saber Astronautics in Australia, and the California-based Breakthrough Initiatives, funded by tech billionaire Yuri Milner. The small shoebox-sized telescope is being designed with a specific goal in mind: look for planets in the Alpha Centauri system, specifically any in its habitable zone, the starlight-warmed region in which liquid water could persist on a rocky world’s surface. It will do so in a way no other telescope can yet match. The aim is to finish and launch the telescope into Earth’s orbit by 2023, ready to begin its search from space. “This announcement is fantastic,” says Sara Seager from the Massachusetts Institute of Technology, a planet-hunter unaffiliated with the project. “It’s just fantastic to see private foundations accelerating our search to find another Earth.”

Toliman, an ancient Arabic name given to Alpha Centauri but which also stands for the Telescope for Orbital Locus Interferometric Monitoring of our Astronomical Neighborhood, is designed to hunt for planets around Alpha Centauri A and B. Parts of the telescope are “already under contract” for construction, Tuthill says, while a precursor to the mission to test the technology, called Toliboy, was launched earlier this year on the CUAVA-1 satellite to the International Space Station. Lab testing and simulation work has been underway at the University of Sydney on the technologies for Toliman, Tuthill says, with the team now working on a full-scale prototype. Although some aspects of the mission are yet to be ironed out, such as its rocket ride to space and its station in Earth orbit, the technology itself is largely ready to go. “The components of this [telescope] are fairly mature,” says Guyon, who is also chairman of the Breakthrough Watch project within Milner’s Breakthrough Initiatives, which has a goal of finding planets around Alpha Centauri and other nearby stars. “They can be made today.”

The telescope’s major trait is to make use of the binary nature of Alpha Centauri A and B, which are separated by slightly more than the Uranus–sun distance, to probe the existence of planets in either star’s habitable zone. The telescope will use a technology known as a diffractive pupil to study the stars, a transformative approach that employs “a bit of an optical trick,” Tuthill says. Rather than taking very high-resolution images of the stars, the 12-centimeter-wide telescope will spread the light from the stars into thousands of pixels, creating an elaborate patterned image within which a sort of photonic fingerprint of each star’s spatial position on the sky can be seen. From this data, the scientists hope to see minuscule shifts in each star’s position caused by gravitational tug of any orbiting planets. This task—a so-called “astrometric” measurement—is made much simpler by the presence of two stars rather than one, allowing the distance between the two stars to be more accurately measured. “Alpha Centauri is just a sitting duck for this particular technique,” Tuthill says. “It’s almost like the universe put it there for this particular mission.”

Two years’ worth of astrometric observations with Toliman should allow the team to tease out the presence—or absence—of planets orbiting at a similar distance to Earth; that is, within the habitable zone of Alpha Centauri A or of B. But astrometry’s greatest power is arguably its ability to give astronomers accurate measurements of any newfound planets’ masses by assessing the strength of each world’s gravitational pull on the stars. Most other planet-detection techniques only yield estimates of mass, muddying the observational distinction between, say, a gas-shrouded “mini-Neptune” and a more Earth-like rocky orb. There are, however, minor downsides: Toliman’s studies will not initially reveal which of the two stars any such planets orbit. But we would know with near-certainty if any potentially habitable Earth-mass planets exist in the system. “We’ll be able to tell if it’s a habitable zone or an Earth-mass planet,” says Tuthill. “If we detect something, we hope that provokes a bit of a gold rush, and people will go after this with more sophisticated missions.”

The Toliman mission heralds two interesting developments in exoplanet science. The first is the use of private funds, rather than the sole backing from space agencies and other governmental institutions, to conduct space science off-world, focusing on a chancy endeavour with no guarantee of success. “These types of high-risk missions have been really hard to sell to public funding agencies, because there’s a chance there is no planet in the Alpha Centauri system,” Guyon says, yet the potential rewards are great. “If there is something, we would know the nearest star system to us has a [potentially] habitable planet. It would completely change plans for agencies.” The project also signals a much-sought-after shift, from finding thousands of exoplanets over the last two decades to studying certain star systems in lavish detail. “We’ve had this trend of finding so many planets,” says Seager. “But some of us in the community are ready to focus on individual stars.”

Emily Rickman from the Space Telescope Science Institute in Baltimore says the technology behind the Toliman telescope is “exciting” given the proximity of these stars to our own. “Finding any promise of alien life in our celestial backyard would be a really big deal,” she says. Even if it does not detect anything, the mission will place useful constraints on the Alpha Centauri system. “If nothing is found, that will either tell us there’s something extremely tiny and close to the star that we cannot see, or there’s nothing around those stars,” she says, which would be an intriguing and valuable result all on its own. Tuthill says there are secondary targets that could be examined after Alpha Centauri, also with the Toliman telescope, namely other nearby binary systems such as 61 Cygni, which is 11 light-years away. But none of these other stars are sufficiently close to afford as much precision, and thus could only be surveyed for heftier, probably less habitable, worlds. “We would hope to get down to super-Earths or Neptunes” in mass for detecting planets around those other stars, Tuthill says.

For now, however, Alpha Centauri is the primary goal, with the possibility of a titanic discovery on the horizon. Within just a few years, we may know if one or more potentially habitable Earth-mass worlds exist there, so near at hand that we might seek not only to study them with telescopes, but also to visit, reaching out via robotic probes launched across the interstellar depths. Proposals for such voyages already exist, including Breakthrough Watch’s more limelight-illumed kin, Breakthrough Starshot, a sister project from the Breakthrough Initiatives aiming to send miniaturized spacecraft at perhaps a tenth the speed of light toward Alpha Centauri. Toliman would provide key data in support of such a multidecadal mission. “We know there’s at least one planet in the system, Proxima b,” says Pete Worden, executive director of the Breakthrough Initiatives. “If we ultimately confirm that Alpha Centauri A and B do not have potentially life-bearing planets, then I would probably focus on Proxima.” If everything goes to plan, we may not have long to find out. 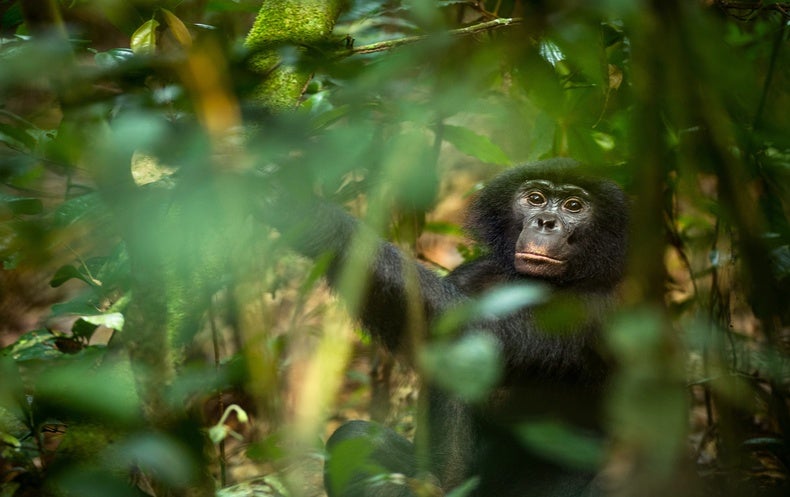 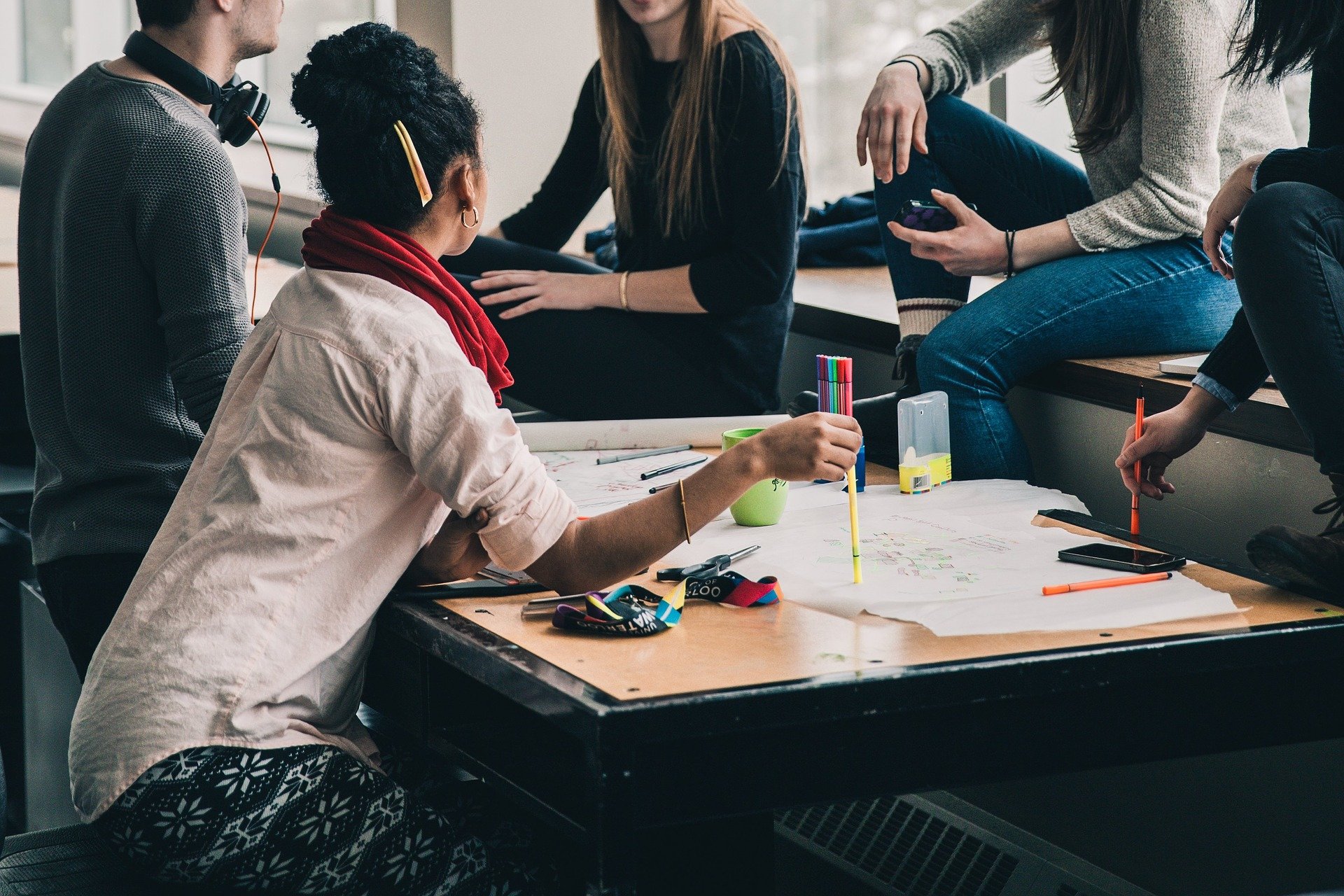 Next post Are your kids keeping up at school?